Even if you’ve seen every episode a million times, I can guarantee you’ll still take delight in the latest entries in the countdown of the 100 greatest Columbo scenes of the 70s.

These 10 scenes contain some marvellous examples of Peter Falk owning every aspect of the Columbo character. From rattling weak-willed lesser suspects and putting others in their place, to seeing the Lieutenant at his most vulnerable and even exhibiting a flash of temper, many facets of his personality are on display here. I’m sure you’ll find these make for fun and fascinating viewing…

Columbo scenes needn’t be technically ‘important’ to be great. This one is simply pure fun as Columbo has his doughnut confiscated by a surly waitress and gains a modicum of revenge by keeping her waiting while he decides what to order in its place.

Falk plays the scene perfectly, while a young Jamie Lee Curtis, in one of her first screen roles (and in one of Columbo’s most jaw-dropping cameos), is the absolute embodiment of sullen petulance. Fabulous stuff!

He received enough hen peckings from his murdered wife to know that Hell hath no fury like a woman scorned, but Dr Ray Flemming never considers that accomplice/lover Joan Hudson might sell him out. As he’s essentially confessing to Columbo that he’d have somehow found a way to get rid of Joan (whom he believes he’s just seen pulled dead from a swimming pool), he’s left reeling as she appears from behind him after hearing every duplicitous word.

Having been served up a slice of the real Dr Flemming, Joan is only too happy to make her confession to the police then and there. That’s game over, Ray, GAME OVER! It represents some masterful work by Columbo, who pulled off the ultimate table-turn by using Flemming’s modus operandi of making him see what he wanted to see against him.

That the scene was filmed in LA’s iconic Stahl House is simply the icing on the cake. Just don’t think too much about how a jobbing actress like Joan could afford to live there…

Short Fuse is far from being a top-shelf Columbo episode but its tense finale at least rounds things out in memorable fashion.

The Lieutenant absolutely dupes Roger Stanford as he pretends to have found the unopened, rigged explosive cigar box from the murder victim’s car – and proceeds to open it with relish to divvy out the spoils. Believing a fatal blast will occur in 60 seconds’ time, Stanford completely unravels and gives himself away as he desperately seeks the cigar he primed at the start of the episode.

Featuring a frantic turn from Roddy McDowall, this is high-energy and high-impact TV that is boosted no end by the claustrophobic environs of the no-way-to-escape-from cable car.

After earning another roasting from the livid housekeeper after dabbing cigar ash into an antique silver platter, Columbo has to pluck up no small amount of courage to bury the hatchet with Mrs Peck.

Finding her alone in her kitchen, his humble apology for his untidiness, and his entreaty to her to treat him more fairly, is probably the most challenging moment we’ve seen him face. Talking down a gun-wielding Beth Chadwick in Lady in Waiting was child’s play by comparison.

This is wonderful because we see a side of the real Columbo here: a hurt and humiliated human being having to admit his shortcomings to overcome a major obstacle to him getting the job done. It works – temporarily at least – as Mrs Peck concedes: “Lieutenant, I know that you’re a very hardworking officer and I would like to offer you a plate of Mr Paris’s favourite health cookies and a glass of milk.”

What a shame, then, that he undid all his good work minutes later after breaking Mrs Peck’s TV set when attempting to fix it. The Lord giveth and he taketh away…

David van den Bosch expert analysis: “Peter Falk is in great form in Double Shock and this scene takes the cake. It’s touching and amusing at the same time, especially the moment that Mrs Peck accepts her own behaviour as unfair. If you want to get to know Columbo, watch this scene.”

It’s an under-the-radar moment, but the scene in the courtroom following the revelation that Leslie Williams’ husband’s body has been found, where the Lieutenant asserts his authority over smarmy FBI Agent Carlson, is a moment to treasure.

When Columbo starts discussing all the things that bother him about Leslie’s reaction, Carlson gets snooty – even threatening to “take it upstairs.” Cue a magnificent Columbo comeback: “Um, just one minute, Mr. Carlson. It’s like this. This is not just a kidnapping. This is a murder now and I kinda figure that’s my department. I’ll see ya around.”

The message is clear: Columbo may appear insignificant. He may be scruffy. But he will not be pushed around. This is a theme that will be revisited time and again in the series’ long run but it was never more effectively done than here.

A dark and brooding tale of police corruption, A Friend in Deed’s greatest triumph is the portrayal of central antagonist Deputy Commissioner Mark Halperin – and our introduction to him is perfectly done.

When we first meet Halperin he’s cavorting with a scarlet-clad redhead, whom we already know is not his wife, while drinking, smoking and gambling for high stakes in a vice den. There’s something of the devil in his looks and actions, and the clever use of mirror reflections is suggestive of a man with dual identities and a shadowy alter ego.

Given that we know Columbo represents all that is good about policing, this magnificent introduction sets the stall out early that Commissioner Halperin is a man we can neither like nor trust. And so it proves in riveting fashion.

54. Star-struck – Requiem for a Falling Star

Columbo is no stranger to high society types and household names, for the most part taking celebrity encounters in his stride. Sure, he might request an autograph or two for Mrs Columbo but he tends to avoid fanboy gawping to investigate cases on a professional footing.

That poise goes right out of the window when he meets Nora Chandler, though. Columbo is star-struck, looking like he might even pass out at one stage with the giddy thrill of it all. And why not? After all, “I’ve been in love with you all my life,” he bashfully concedes.

The Lieutenant even rings home to try and get Nora chatting to the other love of his life – only to find that Mrs Columbo is out shopping, leaving Columbo and Nora to mystify his brother-in-law George instead.

Columbo is known for playing mind games with his quarry and doing all he can to disarm them and make them underestimate him. There may be a hint of that here but one senses he really is just a massive fan of hers, making their first meeting absolutely charming.

53. Cutting through the cr*p – A Deadly State of Mind

Another brief insight into the real Columbo, his flash of temper towards a breezy Dr Borden is one of the series’ best-kept secrets.

Here, after investigating the gruesome death of Nadia Donner and going a night without sleep, Columbo is in absolutely no mood to be trifled with. When Dr Borden blows him off like he’s some sort of office junior, she gets the roasting she deserves as the Lieutenant cuts the crap to get straight to the point – absolutely wiping the smirk off Borden’s face in the process. You do not want to get on the wrong side of this version of Columbo.

Hot on the heels of him playing the fool for Arthur Kennicut and Investigator Brimmer, we see an entirely different side of Columbo in his dealings with golf pro Ken Archer – the man who’d been having a fling with the recently deceased Lenore Kennicut.

Showing a cool directness quite unlike his usual bumbling approach, Columbo swiftly dismantles Archer’s poise. When the two meet, Archer starts out feeling superior and cocky. Within minutes he’s a shaken shell of a man – especially after Columbo demonstrates his own aptitude at golf, despite claiming he could never play the game. If this is how good he is at something he claims to have no head for, imagine how easily he’ll be able to expose Archer’s affair at something he’s good at.

This scene is such a winner because it’s a great insight into mind and method of the man Columbo really is when he’s not playing games with his high society suspects.

Steven Moffat expert analysis: “Columbo menaces the golf pro just by being good at golf. I always love those moments (which are more prevalent in the 70s’ episodes) when Columbo gently reminds the audience that underneath it all he’s tough, competent, and steel-trap smart.”

51. The death of Sharon Martin – A Stitch in Crime

If psychopathic, cerebral menace has a name, it must be Dr Barry Mayfield – and his murder of kind-hearted nurse Sharon Martin is as chilling as they come.

Displaying ruthless efficiency, Mayfield emerges from the car park shadows to silently strike Sharon down with a tyre-iron. Leonard Nimoy’s portrayal of the murder is unbelievably chilling, while Hy Averback’s direction is as economic and striking as the doctor’s criminal act.

Like many memorable Columbo killings, our imaginations are left to fill in the blanks as the camera cuts from Sharon’s horrified face to her handbag and keys clattering to the floor. In combination with a nerve-tingling Billy Goldenberg score, this scene is a work of art in its own right.

Throw in the later murder of poor Harry Alexander and you have the most pitiless, remorseless killer of the entire Columbo saga. Heck, Dr Mayfield might even give Dr Hannibal Lecter a run for his money as the most inhuman on-screen serial killer of all time.

“Leonard Nimoy’s portrayal of the murder is unbelievably chilling.”

Well gang, that’s all for today and you know what that means, don’t you? WHOOOOOOOOOOA – we’re halfway theeee-eeeere! Yes folks, we’ll be plunging into the top 50 greatest Columbo moments in just a few days’ time – so don’t you dare miss it!

It’ll be blockbuster scenes every step of the way from here on out as we close in on the top 10. Please share this article if you get the chance so that all Columbo fans have the opportunity to join in the debate and celebrate all that’s good about the series.

Thanks for being part of the journey so far. See you again very soon! 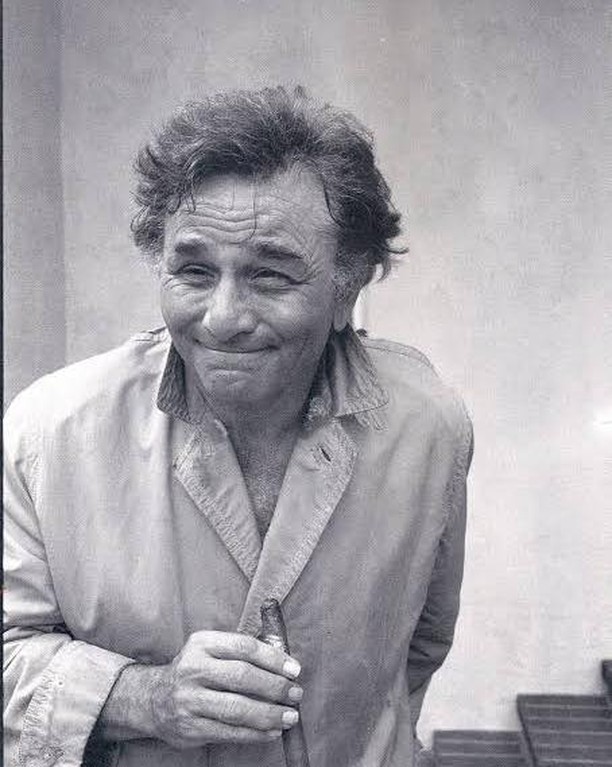 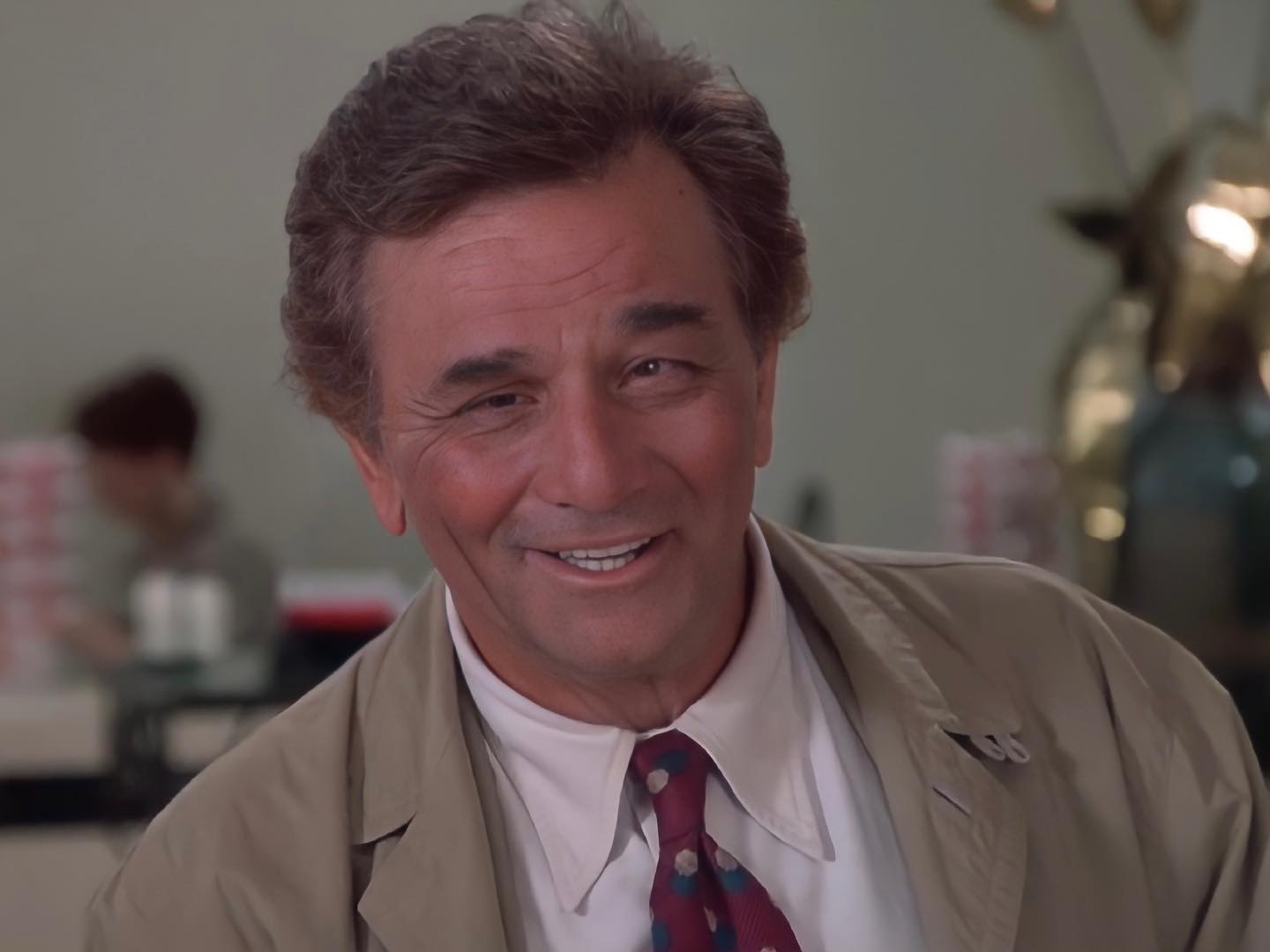 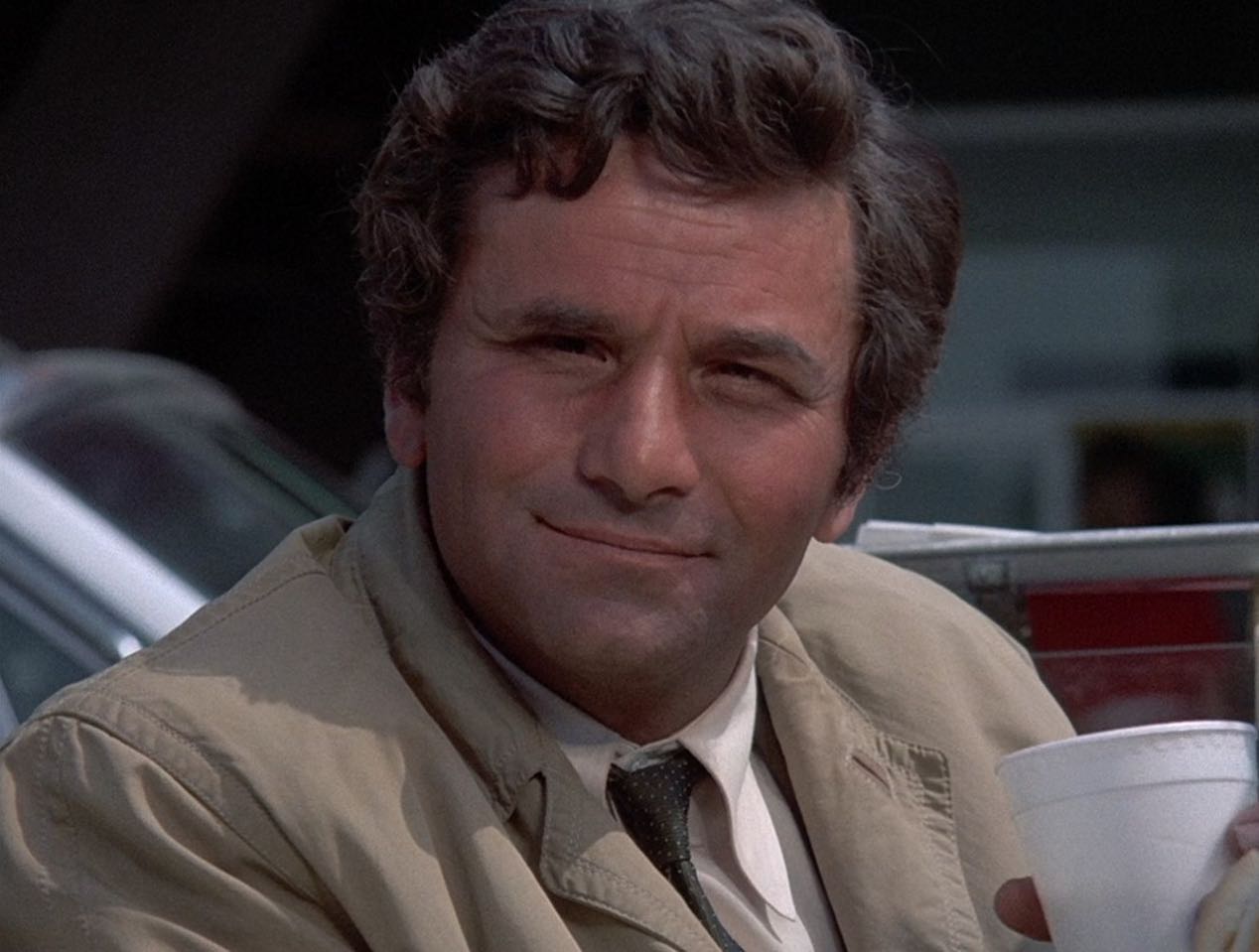