A colleague didn’t know what to make of it recently when I explained that I almost never watch TV.

What about Game of Thrones, she gasped? Never seen one second of it. Ah, but surely you’ve seen The Wire? No. Brooklyn Nine-Nine? Nope. Breaking Bad? Nay pet. The Walking Dead? Errr, that’s a negative. Well what do you watch? she demanded.

And I had to come clean that the only show I watch with any real level of commitment is Columbo. Still. Even though I’ve seen every episode multiple times. Even though I can quote verbatim my favourite episodes from first line to last. Even though the show is now 50 years old and virtually no one I know in ‘real life’ knows anything about it.

Now if I’m totally honest, I must admit to being familiar with other TV shows. I love Stranger Things, have dabbled in Star Trek and cast a semi-interested eye over The Tudors and Lost – before the latter descended into drivel, at least. And while all these are diverting enough, I never find them truly compelling. Indeed the only show that’s come close to achieving Columbo-esque reverence for me was The Young Indiana Jones Chronicles – a show years ahead of its time and one that would, I’m sure, succeed today.

“Modern TV seems like the sort of long-term commitment that I’m not prepared to make.”

That aside, and despite the advent of ‘event television’ that seemingly everyone’s raving about, I’m rarely tempted to tune in and I don’t feel like I’m missing out in the least. Modern TV seems like the sort of long-term commitment that I’m not prepared to make. And reality TV frankly disgusts me. But dangle a Columbo DVD in front of me and the urge to watch is irresistible. And if anything, I find it a more enjoyable and important viewing experience now than ever before. Why? I’ll tell ya…

Firstly, Columbo is comfort viewing par excellence. Watching a favourite episode is like hanging out with an old friend. Sure, you might be familiar with the gags and the character traits, but it’s no less enjoyable for all that. That’s why we like hanging out with friends, after all. Many times I’ve bust on a cheeky Columbo after the youngsters are abed and very pleasurably revisited the opulent LA of the 70s’ over a glass of vino as Mrs Columbo naps on the sofa beside me. What could be better?

Secondly, Columbo is a wonderful antidote to the aggro world we live in. Yes, at it’s core it’s a show about that darkest of human acts, murder. But for all that it manages to be, for the most part, extremely wholesome viewing.

There’s negligible on-screen violence. Barely a drop of blood. No swearing. Sex and drugs are on the periphery. And Columbo is a man with a strict moral code who is inherently respectful and knows how to treat people well. He won’t carry a gun and he’s entirely happy with his life away from work. In a world where disrespect is the new norm, victims are routinely portrayed as villains and covetous social media makes us insecure about our lot in life, watching Columbo is a refreshing escape and a hark back to a simpler, more well-intentioned age. Plus the satisfaction of seeing the ‘little guy’ take down the morally-bankrupt privileged elite of society never gets old. I can think of some of the real world privileged elite of today who could stand to be taken down a peg or 10. Where’s Columbo when you need him…?

My love of the show has also brought me in contact with hundreds and thousands of fellow fans from across the world via social media channels. It’s a very friendly, respectful and fun community to be part of, and if you’re reading this, I include you in the circle of trust!

Thirdly, Columbo as a show was nurtured and protected by those who really loved what it stood for. Even after show creators Richard Levinson and William Link moved on to new projects the quality remained sky high. As well as embodying Lieutenant Columbo and mastering every nuance of the character, Peter Falk became the conscience of the show. He was committed to excellence and surrounded himself with those he felt comfortable with, would bring the best out of him, and with whom he trusted the character to.

“As well as embodying Lieutenant Columbo and mastering every nuance of the character, Peter Falk became the conscience of the show.”

As a result the show survived the departures of Link and Levinson, of Steven Bochco, of Peter S. Fischer and other stellar talents when they moved on to pastures new because they were replaced by those who were similarly committed to the show and respected what had come before it.

The quality of the writing, and of the relationship building between leads, was paramount. The best writers would eat, breathe and sleep the Columbo character, making sure that every exchange was authentic and playing to Falk’s inherent warmth, charm and humour. And the standards consistently achieved, in the 70s particularly, were astoundingly high with only the series’ attempts to be different (Dagger of the Mind and Last Salute to the Commodore spring to mind) really resulting in less successful outings.

As custodian of the show and the character, Falk was demanding of writers, producers and directors and meticulous in his approach to shooting. Never one to pander to studio desires to get episodes in the can as swiftly and cheaply as possible, Falk was a stickler for doing takes time and again until he felt it was done to his exacting standards. But the enduring results prove that his approach was right. He might have rubbed studio execs up the wrong way, but can never be accused of going through the motions or dialling in his performances. Columbo is iconic because of his commitment to excellence.

Finally, Columbo was event television before the concept was invented. We mustn’t forget that at its peak in the 70s, Columbo was spectacularly popular with tens of millions of viewers tuning into each episode. It also quickly became a global hit. In the age before home VCRs were commonplace or affordable, this was the show that people left dinner parties early to get home in time for, and that would be talked about around the water cooler the next day. No one wanted to miss it.

It helps that Columbo was simply awash with big names. Not just contemporary TV stars such as Robert Culp and Jack Cassidy, but bona fide silver screen legends including Ray Milland, Kim Hunter, Ruth Gordon and Myrna Loy – often in small, but well written and interesting roles. As a result it stands the test of time incredibly well, especially those 70s’ episodes, which were packed with star power in a way the comeback episodes were never able to adequately replicate (no disrespect to Faye Dunaway).

So with all that goodness to fall back on, is it any wonder that I eschew today’s televisual blockbusters and continue to pledge my loyalty to Lieutenant Columbo, more than 50 years after he first graced our screens?

I think not. Indeed the only show I can imagine piquing my interest in the same way as Columbo of yesteryear would be a Columbo reboot. But as there seems to be no danger of that happening anytime soon, I’m perfectly happy to sit back and enjoy yet another night in the company of Messrs Falk, Cassidy, McGoohan et al. I already know it’ll be time well spent…

What do you most enjoy about watching Columbo? Hit me with your opinions below. And please accept my sincere thanks for reading. 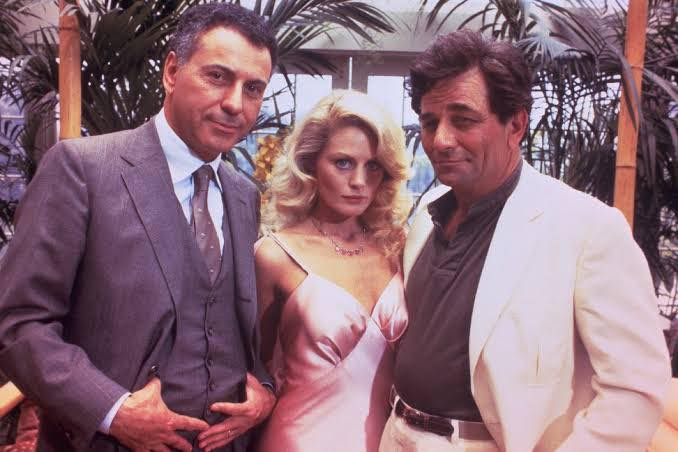