Released in March 1971, Ransom for a Dead Man was a big-budget spectacular, with its magnificent production values, dramatic score and stellar cast making it ‘Event Television’ in the truest sense.

True to form, it features a number of highly memorable moments as Columbo goes head-to-head with one of his most challenging opponents, Leslie Williamson (Lee Grant). But just what are the very best moments? My thoughts are below…

In a classic Columbo meandering move, he immediately identifies himself to Agent Carlson and Leslie as someone they don’t need to take seriously. How? By mumbling about how the lemon-shaped soaps in Leslie’s soap dish get wet and stick together. When he questions Leslie about it, she snaps back: “It’s a problem!” But while the intellectual pair mentally dismiss Columbo, the wily Lieutenant is already formulating his case against her.

Hats off to the production team for this under-the-radar gem. Margaret is chomping down on brekky following her return home from Switzerland. Her choice of breakfast TV viewing is the 1944 hit motion picture Double Indemnity. Don’t know what it’s about? A wife who plans to murder her husband and live off the ill-gotten gains of a fraudulently taken-out life insurance policy. It’s not quite the same plot as the episode unfolding before our eyes, but is a very nice touch!

Following an encounter at the diner, Columbo is clearly on Margaret’s side and working to bring about Leslie’s downfall. But when the feisty teen attempts to clumsily frame Leslie with no evidence, the two allies briefly go to war.

When Columbo takes Margaret to task about her antics in front of Leslie, Margaret loses the plot and lashes out at the detective, who catches her arm just as the blow’s about to land. “Young lady, don’t you ever do that again,” he says, before she tearfully races away.

Leslie thanks Columbo, but her gratitude is short lived. “Oh, it was the only thing I could do,” he says. “I mean I just can’t have you accused of murder on the wrong evidence…”

Columbo and Margaret’s plotting eventually yields results as Leslie agrees to pay Margaret a lump sum to keep her quiet and get her out of the country.

After Leslie and Margaret say a frosty farewell at the airport lounge, Columbo springs the trap. He greets Leslie and the two share a consolatory drink – at which point Columbo reveals he has the briefcase of ransom money and that it’s game over for Leslie.

As she’s taken downtown, a waitress hands Columbo the bill. Despite having $25,000 in cash on the table in front of him, he doesn’t have a dollar of his own to cover the drinks.

Another under-the-radar moment, but the scene in the courtroom following the revelation that Leslie’s husband’s body has been found where the Lieutenant asserts his authority over the smarmy Agent Carlson is a moment to treasure.

When Columbo starts discussing all the things that bother him about Leslie’s reaction, Carlson gets snooty. “Let’s understand this one thing,” he bleats. “If you start harassing this woman I’m going to take it upstairs.”

Cue a magnificent Columbo comeback: “Um, just one minute, Mr. Carlson. It’s like this. This is not just a kidnapping. This is a murder now and I kinda figure that’s my department. I’ll see ya around.”

The message is clear: Columbo may be small. He may be scruffy. But he will not be pushed around. This is a theme that will be revisited time and again in the series long run, but it was never more effectively done than here.

“The message is clear: Columbo may be small. He may be scruffy. But he will not be pushed around.”

If you enjoyed that, you might enjoy my full-length review of Ransom for a Dead Man here.

Are your favourite Ransom moments featured above? If not, let me know in the comments section below.

Thanks a million for reading… 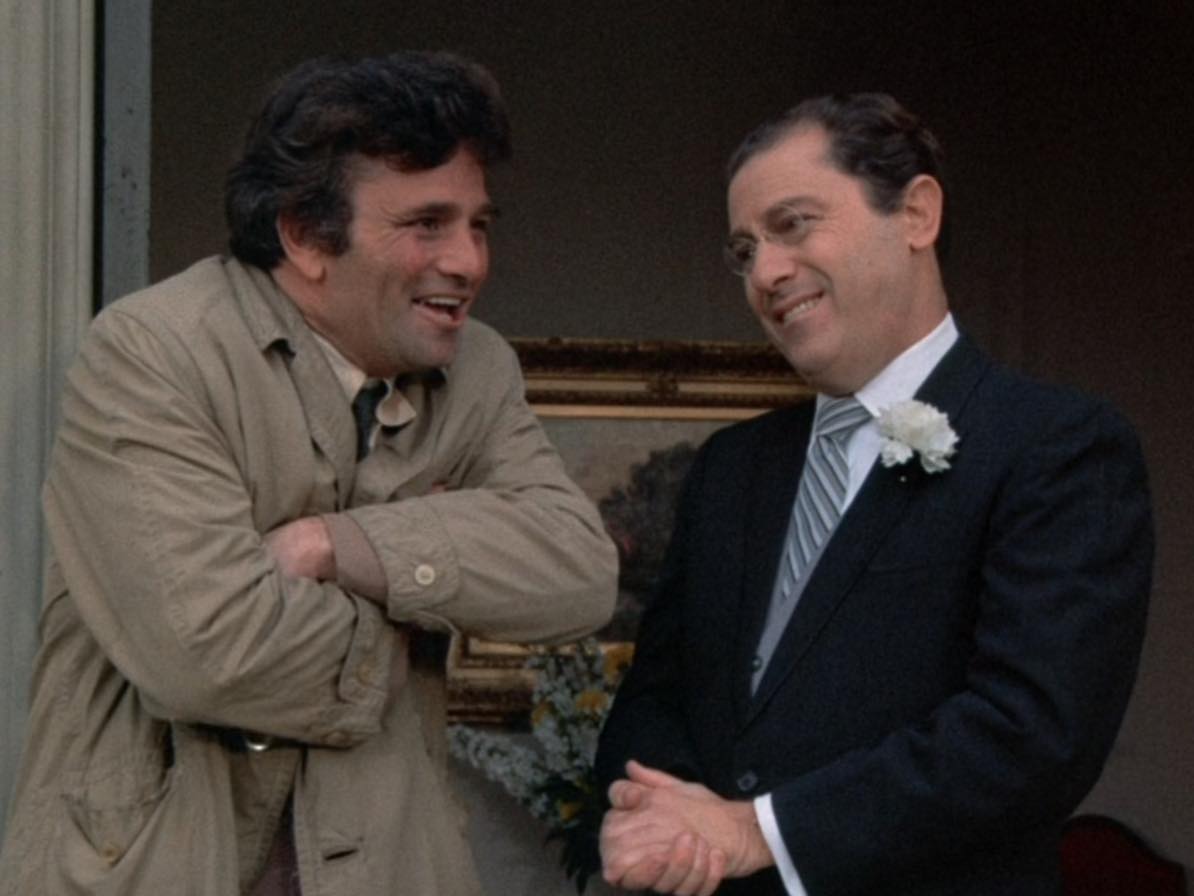