I’m an unashamed Columbo purist. Give me a choice of any episode and I’d be diving straight into the 70s classics. In fact I’d watch almost any ‘classic’ Columbo outing before I delved into the ‘new’ ones. And by ‘new’, I mean any of the 24 episodes released on ABC between 1989 and 2003.

If you’ve ever read my article on my top 10 favourite Columbo episodes, you’ll have noticed that not one of them is from the new batch. That’s not to say I hate them. There are several gems tucked away amongst them that really stand up to repeat viewing. But when comparing apples with apples, the quality of the new episodes compared to the old is almost always found wanting.

“There are several gems tucked away amongst the ‘new’ episodes that really stand up to repeat viewing.”

But why was that the case? Surely it’s not simply a case of rose-tinted glasses? After all, the oldest ‘new’ episode is now more than 25 years old; the newest, well over a decade. Enough time has elapsed to allow for a level playing field in terms of passing judgement.

And on the surface, much was the same. The Columbo formula, so well established between 1968-78, was largely unchanged. Falk reprised the role, of course, and he brought back with him the coat, the car, the cigar – even Dog. The essential ingredients were there, but the end result, reasonably often, was something of a let down. Again we must ask ourselves why?

TV had changed: Time waits for no man, and the world of the late 80s and 90s, when the bulk of the new episodes were produced, was massively different from the late 60s and 70s. The original series provided us with a glorious snapshot of 70s opulence and fine living. Music, fashions, automobiles, it was first class all the way. By way of comparison, ‘first class’ in the 80s and 90s seems a lot more sleazy and a lot less, well, classy.

The production values were different, too. Gone are the sumptuous scores that graced each 70s episode, replaced by saxophone swill, overuse of the ‘This Old Man’ theme, and the occasional pop hit. And where are the cutting edge camera work and editing techniques that so defined the classic series? Conspicuous by their absence, that’s where.

Indeed, the newer episodes more often feel rather bland and workmanlike. Not necessarily bad, just normal, not standing out against other shows of the time, and not being nearly as inspirational or memorable. Had Columbo only existed in the 80s/90s I shouldn’t think anyone would still be talking about the show today.

Guess which episode was filmed in the 90s?

Falk’s portrayal had changed: As discussed above, Falk brought back all of Columbo’s idiosyncracies to the new series. Yet to me it doesn’t feel the same. Falk’s Columbo subtly evolved through the 70s episodes. The mannerisms and actions seemed natural and believable for the character. In the new episodes the character feels more forced, as if Falk himself is doing an impression of the younger Columbo – or even a parody. The subtlety, the believability, has gone.

Critics have also slammed Falk’s broader comedic turns in the 80s/90s episodes, and I tend to agree. 70s Columbo was sometimes very funny (Negative Reaction has some real rib-tickling scenes, for example), but Falk’s portrayal of the Lieutenant was generally on the level and restrained. He wasn’t really playing it for laughs in the same way he seems to be in some of the new episodes. Worst of all, some of the affected mannerisms just came across as him being an annoying old codger, like your Granddad acting the fool. That’s not what I want for the character.

“Had Columbo only existed in the 80s/90s I shouldn’t think anyone would still be talking about the show today.”

Calibre of the guest stars: Okay, there were some notable exceptions (Faye Dunaway, Patrick McGoohan, William Shatner, George Hamilton), but as a rule of thumb the standard of guest star killers in the new episodes was at a different stratosphere than we were treated to in the 1970s. It made it more difficult to connect with the killers, because it was harder to really dig the actors. Many of them, although undoubtedly talented, could have been cast in just about any other lesser TV show of the time.

I’d argue that it’s harder to dig these guys than it is to dig Cassidy, Culp, Gordon, McGoohan et al

These weren’t all intended to be Columbo mysteries: Two of the very worst Columbo episodes, Undercover from 1994, and 1992’s No Time to Die, weren’t originally written as adventures for the Lieutenant at all, and BOY does it show. These were adapted from two Ed McBain ’87th Precinct’ novels of the 1970s and bear little or no relation to the Columbo show we know and love. At best these are misguided efforts. At worst, they’re a betrayal of the character. I find it amazing they were ever made.

Ludicrous situations: Allied to the top point about how TV had changed, the new Columbo episodes were often blighted by thoroughly ridiculous, nonsensical and needlessly showy set pieces. Even episodes that are perfectly entertaining are spoilt by some really ludicrous moments. Yes, I’m talking about you, Murder, Smoke & Shadows, with Ringmaster Columbo taking a bow at the end. And you, Sex & The Married Detective, with the Lieutenant blasting out a tuba solo, and then leading a Pied Piper of Hamelin-style march followed by a group of school children. It’s a scene so wonderfully awful it has to be seen to be believed. So take a look…

Another stunner is the denouement of Columbo Goes to the Guillotine – an otherwise watchable effort. I mean, would the level-headed Lieutenant really put his life in danger by switching the safety stickers on a lethal guillotine blade? It’s way out of character, and far too much of a risk. Consider how he handled a life-threatening situation at the end of Lady in Waiting in 1971: with wits, composure and a touch of compassion. That was the way the real Columbo would have dealt with a tight spot.

Busting out a tuba solo; hangin’ with Little Richard; risking death in a guillotine? How we laughed…

There are, of course, some very good new Columbo episodes. I’ll chronicle my favourites from the 1989-2003 run in a future article, but as a teaser I’d say that Columbo Goes to College is a really excellent addition to the canon, while Agenda for Murder, It’s All in the Game and Ashes to Ashes have much to recommend them. Rest in Peace Mrs Columbo was a successful departure from the usual style of presenting Columbo, while remaining true to the series’ roots. It’s a fine episode, too.

“There are, of course, some very good new episodes. Columbo Goes to College, in particular, is a really excellent addition to the canon.”

Many episodes are plain forgettable. Others are poor. Murder in Malibu, Strange Bedfellows, No Time to Die and Undercover are dreadful pieces of television. They sully the Columbo reputation and add no value to the series. Doubtless a future article on the worst ever Columbo outings will be packed with new episodes.

There was still merit in bringing the good Lieutenant back to our screens in 1989 and beyond. The biggest bonus is that it makes it even easier to appreciate the majesty of the classics. Indeed the new episodes will have introduced Columbo to a whole new generation of viewers who would’ve been too young to enjoy the 70s run. That’s why the idea of a reboot – a sacrilegious notion to many purists – would be a good way of raising more awareness of the original series. I write more about that controversial idea here.

“Watching the new episodes makes it even easier to appreciate the majesty of the classics.”

You can have too much of a good thing. From 1968 – 1978 we were treated to 10 years of TV gold. Those standards were never likely to be repeated in the new televisual age of the 80s and 90s, and so it proved. After a handful of series and a number of made-for-TV specials, the Lieutenant finally bowed out in 2003’s Columbo Likes the Nightlife. That was 5 years too late for me. The last really decent episode, 1998’s Ashes to Ashes, featuring Patrick McGoohan in fine form, would have been a more fitting end to the series.

Should Columbo have ended here? Arguably so

But Peter Falk didn’t want it to even stop in 2003. He desperately wanted to return to screens to film just one more episode in 2007, but networks rejected the idea. You can read more about that here. It would have been Columbo’s 70th and final adventure, giving definite closure to the series, but, with Falk almost 80 years old at the time, no one would give it the green light.

To some, that’s a pity. I think it’s probably just as well. I’d rather remember Lieutenant Columbo in his prime, going toe-to-toe with Nelson Hayward, Ken Franklin and the rest, rather than going out with a whimper in an era he never really belonged in.

I would love to hear your views on this subject. Am I being too harsh on ‘new’ Columbo? What do you think the merits of the later episodes were? Please put your comments below.

Still, the 90s’ episodes had some attractions, right Lieutenant? 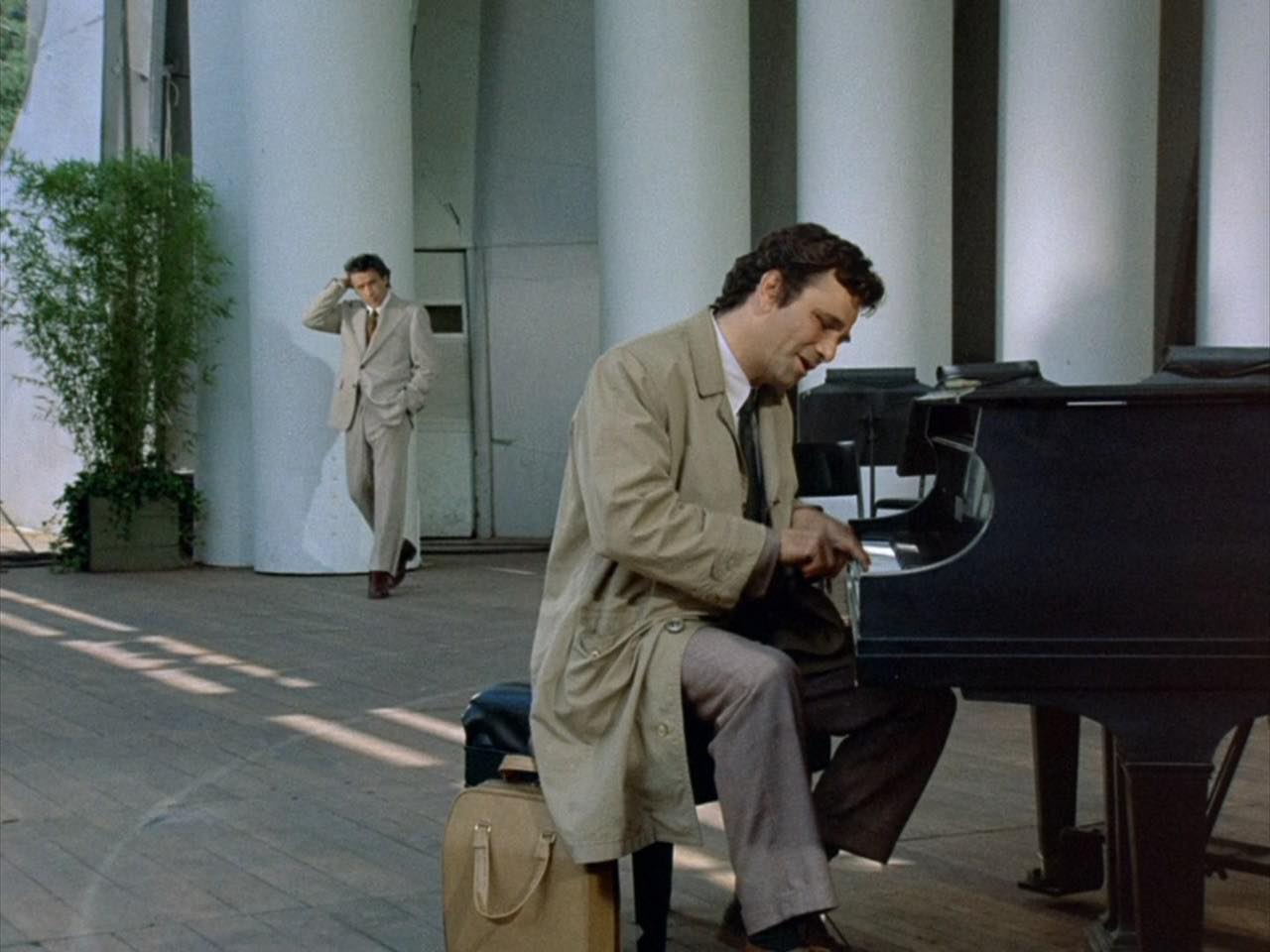 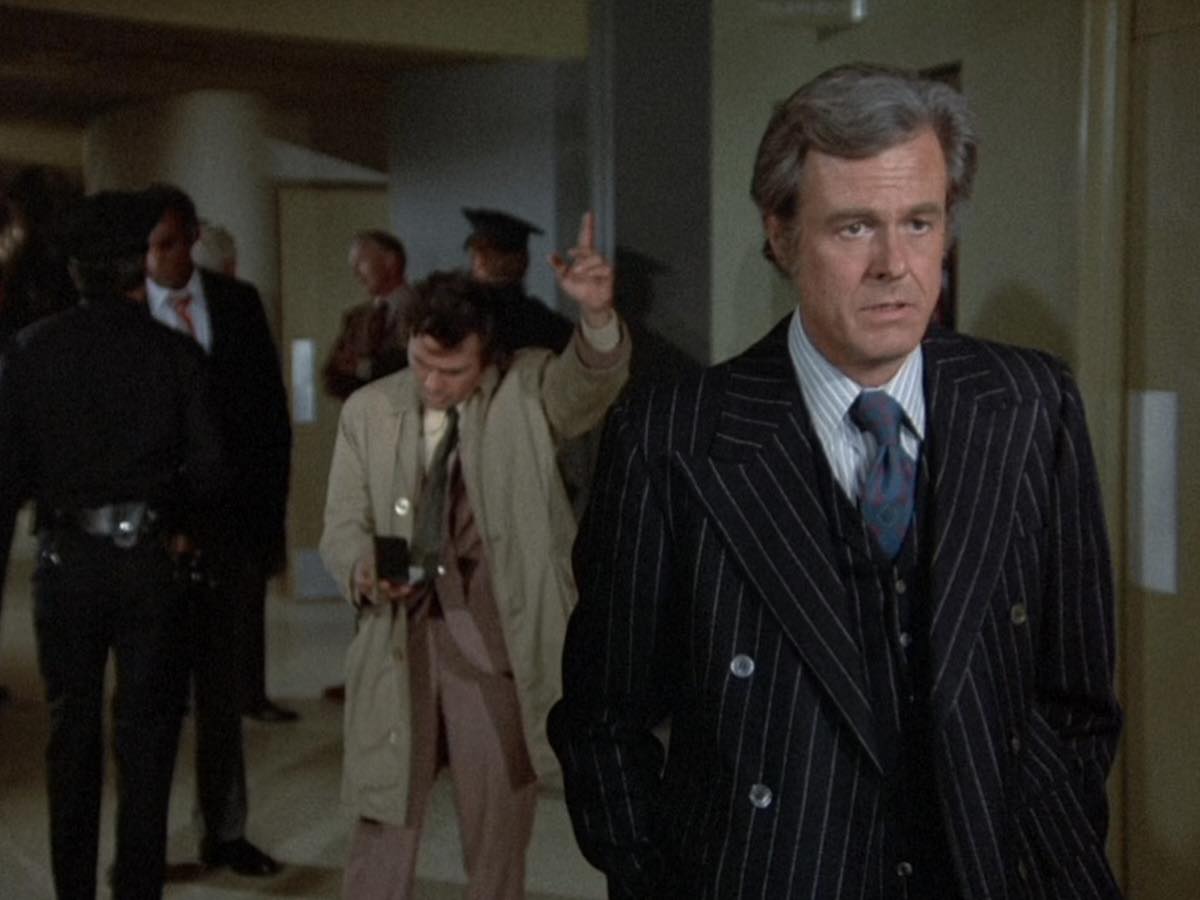