Note – this article is speculative, albeit based on factual reporting. Please don’t take it as the gospel truth (but remember where you read it first should it prove accurate!)

The upcoming drama series Poker Face, created by Rian Johnson and starring Natasha Lyonne, is promising to be one show Columbo fans should keep an eye on given that it could be the closest thing we’ll ever get to a reboot.

Although precise details of the nature of Poker Face are hazy, there are multiple reasons to believe it could provide a satisfyingly Columbo-esque viewing experience – not least because Johnson and Lyonne are both such unabashed fans of the Lieutenant. Johnson (director of Looper and Star Wars: The Last Jedi) even almost contributed to this blog’s ‘Top 100 Columbo scenes‘ countdown of 2020 but ultimately couldn’t quite squeeze it in – a fact I rue to this day.

Johnson’s acclaimed 2019 murder mystery movie Knives Out was a little more madcap and action-oriented than your average Columbo, but it featured some unmistakable nods to the series – notably an eccentric and razor-sharp detective (Daniel Craig’s Benoit Blanc) heading up the sort of all-star cast 70s Columbo delivered in spades.

Blanc noticing a tiny, missable clue early on that channelled his deductive reasoning towards solving the case could also have been a straight lift from many a classic Columbo. If you’ve never seen the film (which will have at least two sequels – the first to be released in late 2022), I highly recommend it.

Speaking about what inspired his approach to Knives Out, Johnson was only too happy to credit the role Columbo played. “I did take a page out of Columbo… very early on in the game I wanted to relieve the audience of the burden of ‘can we figure this out?‘”, he said, referencing how the key suspect’s involvement in the death of a family patriarch is clearly shown in the film. “It’s kind of like what Columbo does in terms of revealing the killer at the beginning of the episode and the tension is how is the detective going to catch the killer.”

Enjoy! I’ve got a copy of that too. Each game takes a looooooooooooong time, rather like being grilled by Columbo I imagine. Shame the creators couldn’t get Peter’s image rights!

Johnson has very publicly declared his love for Columbo – and of the simple joy of revelling in Peter Falk’s performances – many times on Twitter (his profile has a header image of the Lieutenant at time of writing). His admission, then, that Poker Face will be a “character-driven, case-of-the-week” style mystery of the sort he grew up watching only heightens the possibility that it will have at least some parallels to Columbo.

Like Johnson, Natasha Lyonne regularly shows her appreciation of Columbo on her social channels – even jokingly challenging Mark Ruffalo (who for years has been seen as the heir apparent to the Columbo crown) to a fight in 2020 to determine which of them should be cast as the Lieutenant should a reboot ever come about.

I’ll fight Ruffalo for it if I have to. Me and you, after class, Warriors style for Columbo. @MarkRuffalo Seems like the only reasonable way to settle this hypothetical. https://t.co/rooiodGjUQ

Lyonne’s love of the show was even more overtly communicated to the world this year during Season 2 of her hit Netflix drama Russian Doll, which featured her walking past the Columbo statue in Budapest in one episode, and in the next suggesting Steven Spielberg’s most important piece of filmmaking was not Schindler’s List, but Murder by the Book, which he directed in 1971. A drawling New Yorker like Peter Falk, Lyonne also has an unconventional manner about her that would make her an excellent fit to play a Columbo-like character.

Were it up to Johnson and Lyonne alone, I have little doubt the two would have teamed up already in an official Columbo reboot. However, given that the rights to the series are known to be tied up and look likely to be so for some time, Poker Face could be the next best thing. Set in New York’s Hudson Valley district, and eschewing today’s TV trend of series-spanning story arcs, Poker Face will deliver 10 stand-alone murder mysteries with Lyonne as the as-yet unnamed lead investigator.

The high-calibre of confirmed guest stars also portends well for the series, with Oscar-winner Adrien Brody (The Pianist, Chapelwaite), Joseph Gordon-Levitt (Looper, Inception, 3rd Rock From the Sun), Stephanie Hsu (Everything Everywhere All At Once) and Benjamin Bratt (Law & Order, Traffic) amongst the actors cast alongside Lyonne.

Poker Face is in pre-production and is expected to be broadcast on Peacock in late 2022. Lest we forget, Peacock is the streaming service owned and operated by NBCUniversal – the company that owns and maintains the distribution rights for Columbo. Coincidence? Not likely…

While I have your attention, you may be interested to learn that a never-before-released photograph of Peter Falk, which was used used as a study for the portrait of Columbo from 1989’s Murder, A Self Portrait, is available to buy as a print.

The photo has been in the archives of Jaroslav Gebr, the long-time Head of Scenic Arts at Universal Studios, since 1989. Now, a limited edition run of 100 authenticated, signed and numbered prints have been put on the market – and I’m delighted to say that one is winging its way to me as we speak!

For full details of the print, visit the Gebr Art website. Enquiries to Renee Gebr via email.

As a final aside, here’s wishing regular blog commentator (and occasional contributor) Glenn Stewart a swift recovery from heart bypass surgery this week! His surgeon, renowned specialist Dr Larry Bayfield, says Glenn’s prognosis is excellent – as long as he cuts down on the cigars and chilli. In all seriousness, Glenn is a much-valued member of the Columbophile community, so we hope he’ll be back posting very soon.

Support this site – from just $3 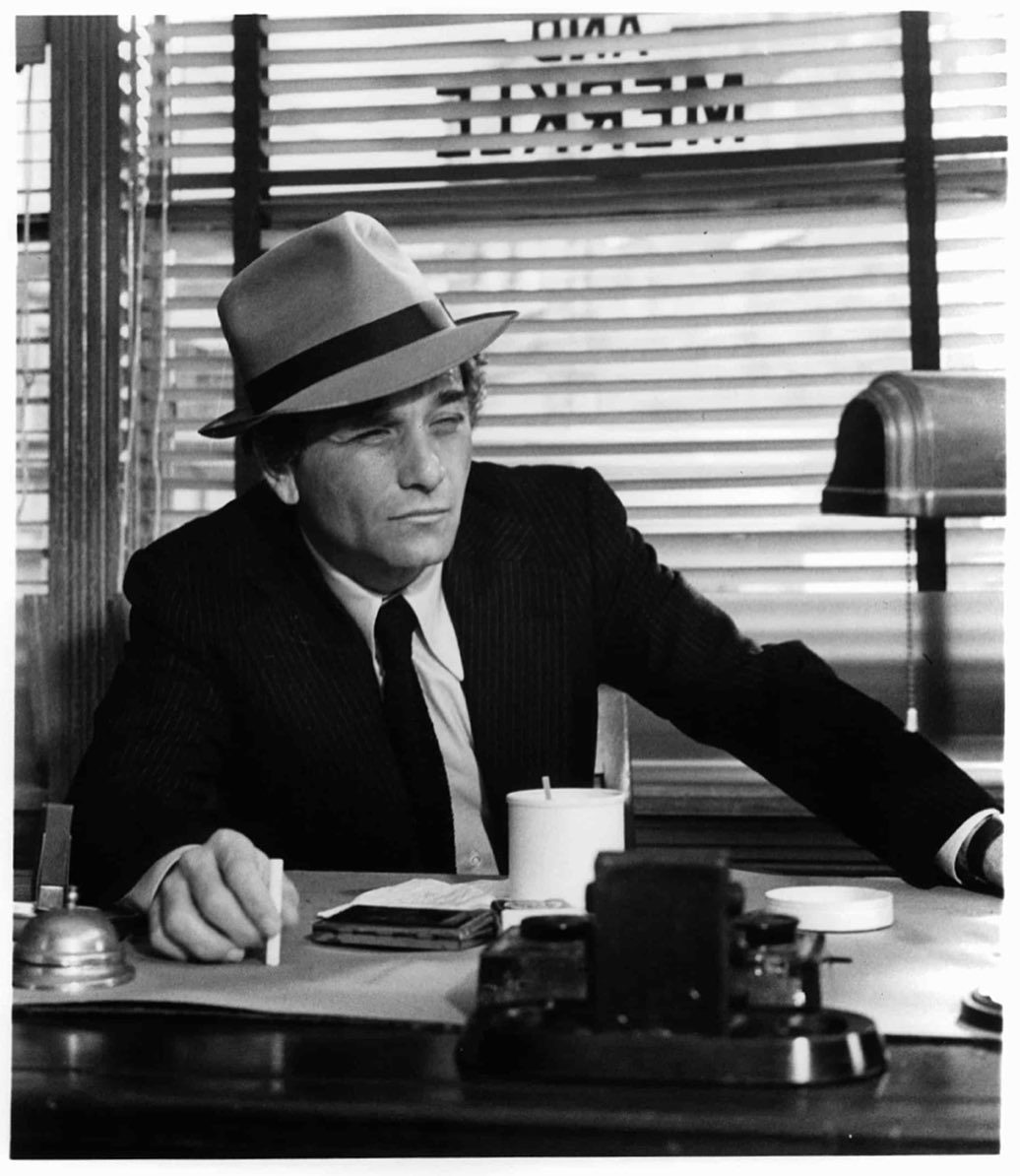