Patrick McGoohan made his first Columbo appearance in By Dawn’s Early Light, casting an immense shadow in the process.

So enamoured was he with his series debut – and so impressed was Peter Falk by his co-star’s contribution – that McGoohan would go on to have a 25-year connection to the show that incorporated four appearances as a killer, five as a director, and a further two writing credits to boot.

Cast here as patriotic Military Academy leader Colonel Lyle C. Rumford, McGoohan won critical acclaim for a restrained performance that earned him an Emmy Award in 1975 – the first such accolade for a guest star on Columbo.

By Dawn’s Early Light is certainly deserving of high praise in its own right. Filmed almost entirely on location at The Citadel Military College in South Carolina, with an unhurried pace and no score to speak of other than military chanting and bands, it’s an episode with a unique, sombre feel – appropriate at a time when the spectre of the Vietnam War hung over the US like a pall.

And while it’s a bit more straight-faced than the average Columbo, there is no shortage of magical moments. My personal highlights are chronicled below…

After a largely sleepless night caused by his overactive mind racing through elements of the case, the call of reveille at dawn is anything but welcome for the sleepy Lieutenant.

If the trill of a bugle wasn’t irksome enough, Columbo was given the rudest awakening imaginable as an energetic young cadet burst into his room and roused him with a sharp crack to the buttocks and a roar of: “Up and at ’em, trooper! Let’s get with the program!”

Falk’s look of bleary-eyed bewilderment is so authentic, I wouldn’t be surprised if he really had chosen to stay up all night in order to make it all seem as genuine as possible.

No article about By Dawn’s Early Light is complete without a reference to Boodle Boy Miller – the wimpy cabin boy cadet who has gone on to become a firm favourite with Columbo fans the world over.

While Miller’s coffee-serving skillz win the Colonel’s approval, the same cannot be said of his shoe shining, with the cleft-chinned cadet earning a severe reproach for failing to have adequately buffed his boots on Founder’s Day – the most important day of the year at the Haynes Military Academy. Tut, tut…

A small role that ought to have been relatively forgettable was catapulted to cult status thanks to the earnest performance of Robert Clotworthy (give him a follow on twitter, ya rascal!) and the use of the phrase BOODLE BOY, which I have never heard of or read anywhere else but here.

An extended conversation between the two leads in the mess hall makes for an interesting encounter as both men are carefully sizing the other up and looking for chinks in their armour ahead of potential conflict (military puns one jillion per cent intended).

It’s a slightly awkward, stilted exchange as Rumford attempts to gather intel on the state of the case and the likelihood of innocent Cadet Springer carrying the can for the death of William Haynes, while Columbo is up to his usual routine of attempting to appear as simple and harmless as possible while attempting to gulp down a rudimentary meal after a long day investigating.

The scene features one of Columbo’s best self-deprecating lines: “You’ll have to forgive me – it’s not me, it’s my mind. It’s very slow and I have to pin everything down.” The Colonel will come to realise just what an empty phrase that is over the course of the next hour or so of screen time.

Colonel Rumford’s hard-wired aversion to lapses of discipline in his cadets allows Columbo to force his public surrender in unforgettable fashion.

Having been alerted to the presence of the contraband cider, Rumford believes he’s about to savour the victory he’d craved over the misbehaving cadets. Instead, Columbo utterly routs him, proving beyond doubt that the Colonel had to have been at the rigged ceremonial cannon on the morning it was used to kill William Haynes. Had Rumford not been such a stickler for the rules, he could have avoided the trap, but Columbo understood the mind of his suspect so well that he was able to mentally outflank him.

As well as accentuating the Lieutenant’s intellectual acuity, this scene is notable for the mutual respect each man affords the other. Rumford congratulates Columbo on a job well done, while the detective repays the favour by allowing the Colonel one last chance to address the cadets: an unashamed nod towards the historic chivalry of warfare.

McGoohan’s excellence during his companiable chat with Columbo really warrants the highest praise. One suspects there isn’t a lot of small talk and bonhomie in Rumford’s life, and that’s what makes his honest and friendly exchange with the detective in his palatial office all the more memorable.

As well as providing us with insight into Rumford’s absolute commitment to US national interests, we’re also given a hint of the man behind the uniform, the man who would hang up that uniform and tend his roses if wars didn’t need to be fought. It’s a humanising moment for Rumford, strangely sad, and one that I suspect quietly impresses Columbo, who has a soft spot for excellence and dedication in others regardless of their crimes (think Adrian Carsini and Tommy Brown).

Rumford is candid enough to offer the Lieutenant a quality cigar and even becomes the first character to overtly ask whether Columbo has a first name. “I do,” the detective concedes. “My wife is about the only one that uses it.”

A quiet, underplayed scene, but one I take considerable pleasure in viewing. McGoohan might have won his subsequent Emmy Award for this scene alone.

“It’s a humanising moment for Rumford, strangely sad, and one that I suspect quietly impresses Columbo.”

By Dawn’s Early Light is relatively rarely aired compared to a lot of Columbo episodes, so if you’d like to refresh yourself of its finer details you can read my full episode review right here.

I’d love to hear what your own personal highlights of the episode are, so do bust a comment in the section below and let’s get the red-hot debate on the go!

Thanks for reading, and until next time stay out of trouble and away from potentially explosive First World War cannons… 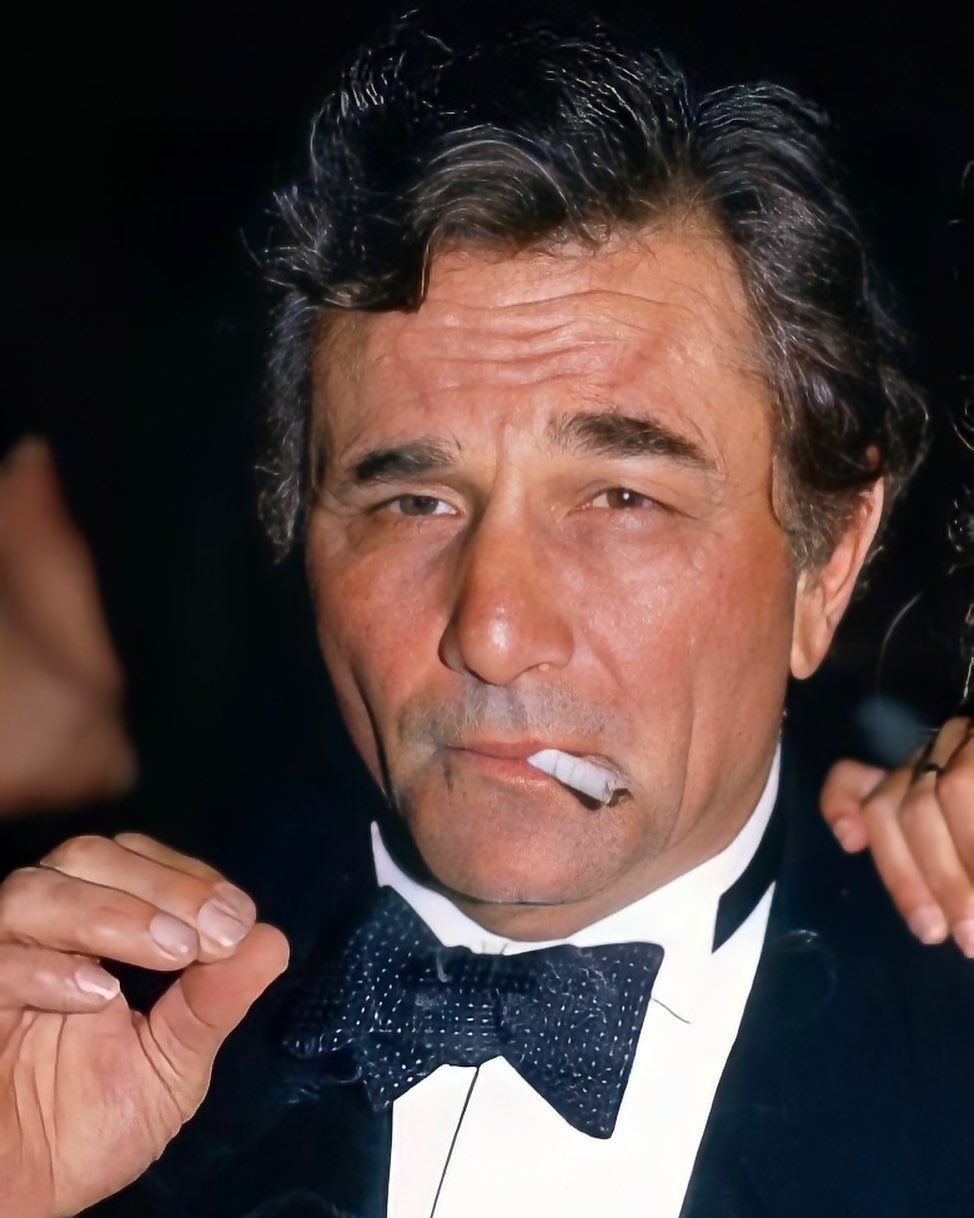 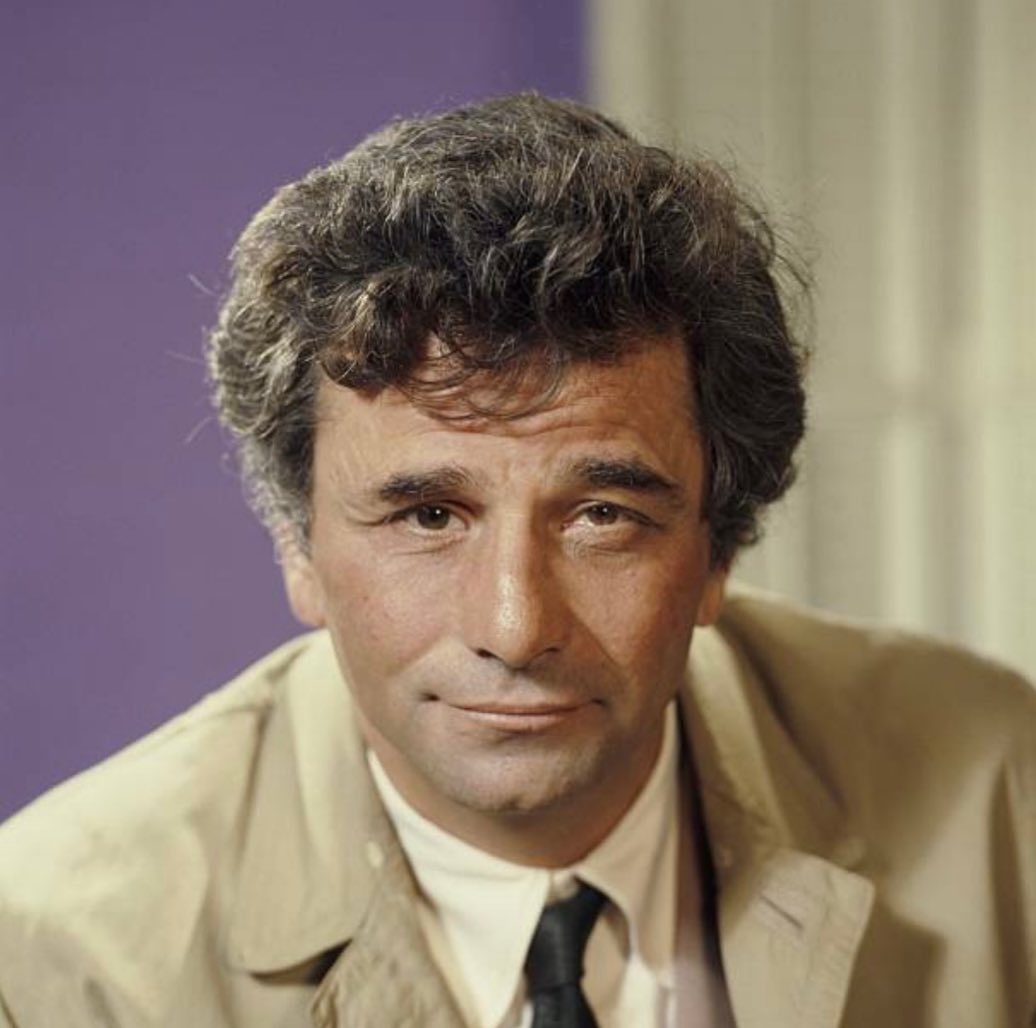