When it comes to Columbo killers, my mantra has always been: hate the sin, love the sinner. And when you consider the world-class calibre of the show’s guest star murderers, showing them a little love is an easy task.

From adorable old women and wronged sisters to fiendish medical men and cool-cat college kids, there’s a Columbo killer to warm every heart. But which of the series’ 71 confirmed murderers have the most mass appeal?

For some months now I’ve been running an open poll on this website to allow fans to vote for their numero uno Columbo murderer. Thousands of votes have been cast, so here’s the (reasonably, at time of writing) definitive list of Columbo fans’ top 10 killers…

“From adorable old women to cool-cat college kids, there’s a Columbo killer to warm every heart.”

The original, and for a good proportion of viewers still the best, Columbo baddie, the erudite Dr Flemming was fiendishly clever while oozing arrogance and self-assurance – traits that have delighted fans for decades. All credit to Gene Barry, who set such a villainous benchmark for the series.

A blockbuster performance from Robert Culp, who toned down the rage here to give us a coolly calculating adversary that thrived under the pressure of the cat-and-mouse games Columbo was playing. How many votes did he win just for that yellow jacket in the supermarket? We’ll never know…

The appallingly slimy art critic (masterfully played by Ross Martin) was so pompous and conceited that his downfall makes the heart sing time and again. With his dismissive demeanour towards Columbo, plus his plans to stitch up his lovable Aunt Edna for a murder he committed, Kingston is a killer that we really can love to loathe.

Voice of an angel, heart of a sexual predator and playboy, ol’ Tommy Brown likesly owes his high ranking in this poll to the enduring popularity of Johnny Cash, who was superbly cast as the biblical-crooner-cum-murderer. For once Columbo is pitted against a killer as earthy and unsophisticated as himself – and it doesn’t hurt the episode a bit.

A brilliant, restrained performance from Patrick McGoohan who delivered an unrepentant killer that we can still sympathise with. Despite murdering a rival and framing an innocent cadet to carry the can, McGoohan humanises Rumford so well that we can understand his motives even if we don’t approve of his methods. In particular, his monologue to Columbo about hanging up his uniform and tending his roses leaves a lump in the throat.

Leonard Nimoy is terrifyingly good as the heartless surgeon who shows scant regard for human life in attempting to murder his mentor through use of dissolving suture, while actually murdering two others to cover his tracks. One of the few killers to drive Columbo to a flash of rage, the confrontation between doctor and detective is utterly riveting.

4. Ken Franklin (Murder by the Book)

Jack Cassidy was the perfect choice to grace the first episode of the first full series of Columbo, with his charm, mischievousness and wit making him a magnificent contrast to the down-to-earth Lieutenant. Ken Franklin is a joy to behold and sets the standard by which all other killers are measured.

An absolutely gorgeous performance from Ruth Gordon made Abigail Mitchell a killer we could genuinely like and root for. Full of cheekiness and fun, the diminutive octogenarian had a cute and playful relationship with Columbo, whose sympathetic treatment of her has delighted viewers for more than 40 years.

2. Adrian Carsini (Any Old Port in a Storm)

No Columbo killer delivered lines quite like Donald Pleasence, making Adrian Carsini an aural sensation for viewers. Whether putting down his muscle-bound hedonistic brother Ric, schmoozing with his wine-loving chums or berating luckless waiting staff (‘LIQUID FILTH‘), every line was an event in itself.

Better still was his burgeoning and respectful relationship with the Lieutenant. The men shared an appreciation of the excellence of the other that was rare for the series. Indeed, Carsini was probably Columbo’s favourite killer until smoochy-smoochy Lauren Staton came along 20 years later…

1. The Great Santini (Now You See Him)

Aside from a handful of vino-sipping cognoscenti, few could resent The Great Santini topping the favourite Columbo killer rankings. He does so having scooped more than 10% of the total vote, his combination of mystery, magic and wit winning the hearts and minds of the viewing public. Not a bad trick for a murderous former SS Guard…

“Santini’s combination of mystery, magic and wit won the hearts and minds of the viewing public.”

Who just missed out?

If your favourite wasn’t listed above, perhaps they just missed out on top-10 honours. In 11th-15th place respectively we had Nelson Brenner (Identity Crisis); my own personal #1 Riley Greenleaf (Publish or Perish); Joe Devlin (The Conspirators); Paul Galesko (Negative Reaction); and Milo Janus (Exercise in Fatality) – who is clearly much more popular with voters than he is with the good Lieutenant.

How did the ‘new’ killers fare?

The top-ranked killer from the ‘new’ episodes is Vivian Dimitri from Rest in Peace Mrs Columbo in 19th, with Oscar Finch from Agenda for Murder (Patrick McGoohan in red-hot form) in 21st. Lauren Staton (It’s All in the Game) and Dr Joan Allenby (Sex & The Married Detective) are the only other noobs in the top 30.

Least loved of all?

Not many of our 71 confirmed killers received NO VOTES (including, amazingly, dags Graham McVeigh and Findlay Crawford), but the hated quintet of Norman Paris (Double Shock); Frank Braille (Grand Deceptions); Dr Marshall Cahill (Mind Over Mayhem); Wayne Jennings (Murder in Malibu) and Patrick Kinsley (A Trace of Murder) didn’t raise a single vote between them! It’s especially sad for Norman, who continues to live in the shadow of more popular and boisterous twin brother Dexter…

Can’t believe Alex Benedict didn’t make the list (he was 16th)? Furious with the lack of rezpeck shown to the 80s/90s killers? Or haven’t cast your vote at all yet? Fear not, you can vote for your favourite and check out the full standings right here (NB – skewing the above results in the process!).

You can also compare your own favourites with my top 10 killers here.

Thanks for reading, and don’t dare be a stranger – or else I’ll send Wayne Jennings round to get ya! 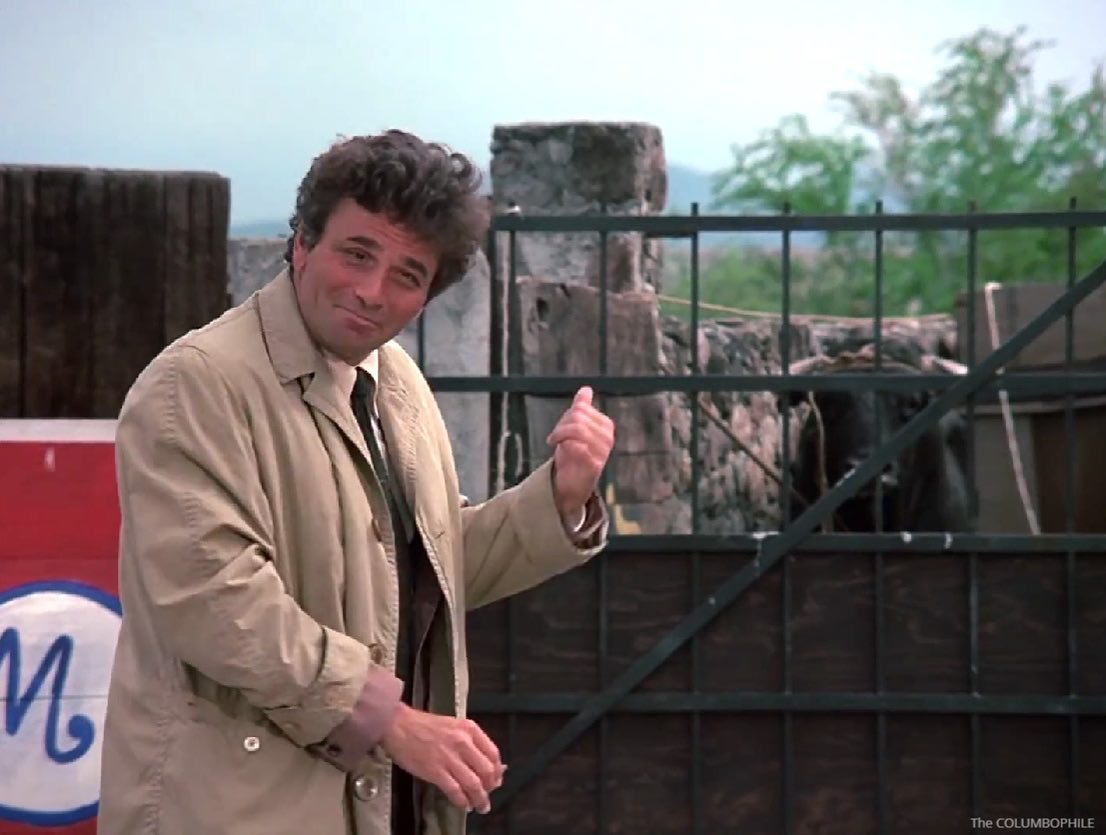